Its a blog - Read from the bottom up

The Microwave Group of San Diego runs a beacon that I use to test with. This is a screen grab of my WindFreak GPS locked and running at 1296.298 (left) and the beacon on the right. The waterfall is running at 32K bins so this is a tiny slice of the waterfall's jpg. I see K6QPV's signal 1296.3 MHz.

I had to turn on my band pass filter to attenuate this very powerful signal. Notice that when the beacon switched to identification mode and sends its call sign the intermodulation affects the trace of my WindFreak. Also I run my receiver with AGC disabled so the beacon overloads my IF.

Now that I have the SETI Net Clock (item 270 below) running I can start using it.

The first unit to be locked down will the the WindFreak synthesizer. 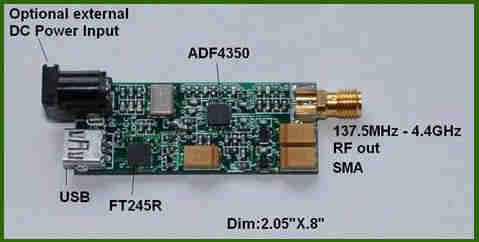 With this running I will be able to produce a quality signal in the waterfall that will make it possible for me to isolate drift in my receivers from drift in the signal source. It will also allow me to finally, accurately set the frequency reported by the receivers.

The one problem with it is that it uses its own 10 MHz crystal and has no way to lock it down. This is how I fixed that.

How does it work? The before and after shots below show the difference. These are screen grabs of the waterfall produced with my Spectrum Analyzer running at 64K (1.3 Hz/bin). The full waterfall jpg is 32,768 X 693 pixel and covers both my 1920 by 1080 monitors so the lines in the pictures are a tiny slice 10 pixel wide (13 Hz). The left picture of the original synthesizer staggers around over the 30 seconds or so it took to produce the waterfall. On the right the locked down the synthesizer is stick straight.

Locking down the second item, my HP 5316B counter was simply a matter of flipping a switch on the back on the counter and connecting a cable to the clock.

I have the GPS Frequency Standard up and running (item 269 below). This was based on a Thunderbolt 10 MHz frequency standard purchased from eBay.

The finished clock is shown below

Now that I have Lady Heather running things among my unruly oscillators I can get on with it.

One problem that I have come across is that the clock seems to drive the serial port all the time. That's doesn't seem to be a problem on my main computers, Zeke and Sagan, but when running on my laptop (CoCo) it interferes with the mouse. I think this problem will go away when I run the clock with a USB/Serial converter rather than connecting directly to the laptops one serial port.

I need a way to generate a frequency marker in the water hole that is both stable and of known frequency. Up till now I have been using a week signal source that has a crystal oscillator running at 18.3 MHz followed by a couple of stages of amplification to produce the 78the harmonic. This produces a line on my spectrum analyzer at 1427.4 MHz.

What is needed is a quality frequency standard system that I can use in SETI Net operations. The picture below is what I have in mind 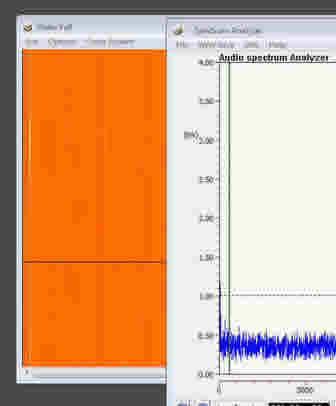 As a first step I have the weak signal source being counted by the HP counter. I measure the 18 MHz signal with a fully warmed up HP 5316B counter. The counter bases its count on a 10 MHz reference in a controlled oven. The counter reports the oscillator as being 18,366,584 Hz . The seventy eighth harmonic of that is: 1,432,593,552 Hz This is what I should see on any of the receivers I have set up. That has to be confirmed.

After *many* false starts and endless testing I finally found the bug - #267 below.

It turns out that the library that I use to control the serial port on my receiver has a flaw or at least a misunderstanding in it. The library is TurboPower Async Professional which is an open source library hosted on Source Forge. I downloaded the version I use not from the Source Forge project page (tpapro_5.00.zip) but from SongBeamer (release 4.06). At the time the people at SongBeamer had a version that worked with Delphi XE so that was used instead of the SourceForge version. TurboPower is a fine piece of code written long ago and maintained over the years by people with a deep understanding and appreciation for Delphi as a development language. It allows you to setup code that 'watches' the incoming serial stream and then kicks off a thread to process the data as it arrives. This makes a very responsive application possible and is why the SETI Net Receiver works a well as it does.

When I moved my SETI application from Delphi version 7 to Delphi XE it required that I also convert my code to use Unicode. This was a steep learning curve for my but I finally got it working. The SongBeamer Async Pro was part of each build - then the month long hunt for this bug started.

The problem was that the communication port comport (TApdComPort) has a property set to control the generation of log files as the application does its work. It logs inputs and outputs to a text file for later review. The component has properties for LogAllHex, Logging (on/off), LogName (name of the file to create) and LogSize and I had set these somewhere in dim past and forgotten about it. After many hours of use one of them (I don't know which) would come to life and cause an IO exception and then lock up the application. The solution was to simply turn off the log function.

I found where the problem was occurring in my code using an exceptionally fine piece of code EurekaLog which monitors the operation of a running application and then when an exception occurs presents you with a call stack of the last dozen or so modules that were used. When I looked at the results from EurekaLog there right at the top was the exception processing and down a couple of calls in the stack was the log file processing. I didn't attempt to unwind the code at that point but reported it to the manager of the Source Forge project Nick Hodges.

I ran the application over night without a hiccup and am now ready to proceed (see item #269 ).

I have been having a terrible problem with the Control Panel.

It runs along fine for the longest time and then simply stops. It not only stops but ties up the entire application. I cannot end it, minimize it or do anything with it until I open the Windows Task Manager and then end it that way. To make it worse it only fails on Sagan, the computer that I use to run the search on. Zeke, my development machine runs the application fine without a problem. The confusing part is that the two machines are as near the same as I can make them. Same Mo board, same operating system release, same updates etc etc. Obviously there is *some* difference though. How to find it and fix it is the problem.

I managed to move my entire development environment to Sagan and did reproduce the problem while I could investigate it better. Using AQTime I found that the File Manager was causing the problems somehow. In some unknown series of events it locked up and sucked the life out of the application. I went back and removed all the calls to the File Manager from the Control Panel and am now watching it for more problems.

I still have to find a way to get along without the File Manager in the Control Panel if this is the problem child.

Until I can get this sorted out the funCube will have to remain on the shelf... Stay tuned.

Now that the State Machine seems to be running fine its time to change it. I need to add the Scan and Hit functions. The State Machine with this function is shown below. This was updated on 2012-04-03. 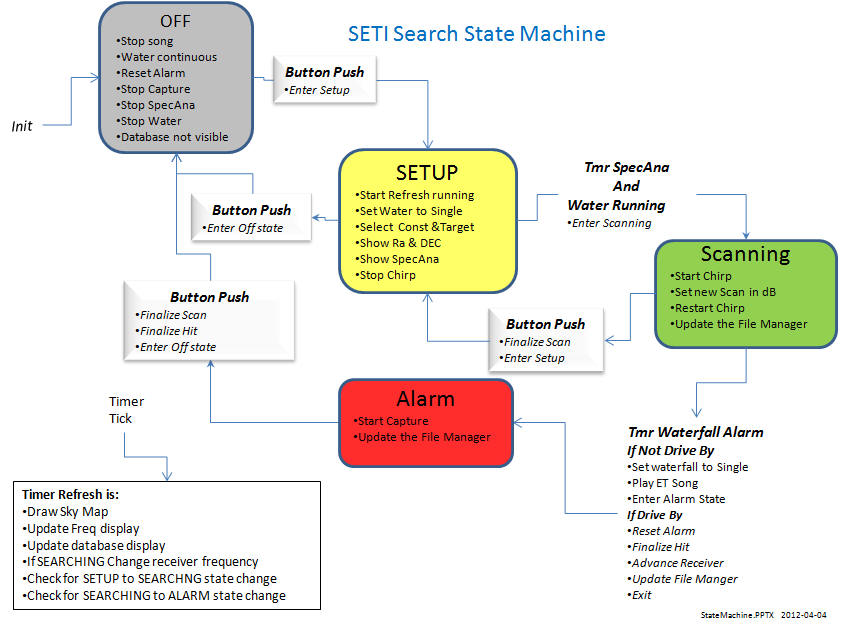 A new Scan will be started when the system switches to the Search mode. The Start Date/Time and the Start Frequency will be entered along with a ID link back to the Target in work.

A Scan ends with either and exit back to the Setup state or the exit from the Alarm state. At either of these two conditions the Scan End Date/Time and the End Frequency will be entered along with any note from (TBD).

The exit from Alarm also creates a Hit entry in the database.

I have ordered a new receiver from FUN cube Dongle based on a paper by Dr David Morgan that appeared in in the British Astronomical Associations web site.

This little device is either a waste of about $200 or the greatest thing for amateur Radio Astronomy (RA) since sliced bread.

As you see its simply a USB device that has an SMA connector on one end. That makes it super simple to connect to the SETI Net antenna feed. Then all I have to do is switch out the band pass filter in the Head End Electronics and I suddenly have a Radio Astronomy capability.

I sure there will be more to it than that but it will be a great experiment.

Clean up bugs as I come to them 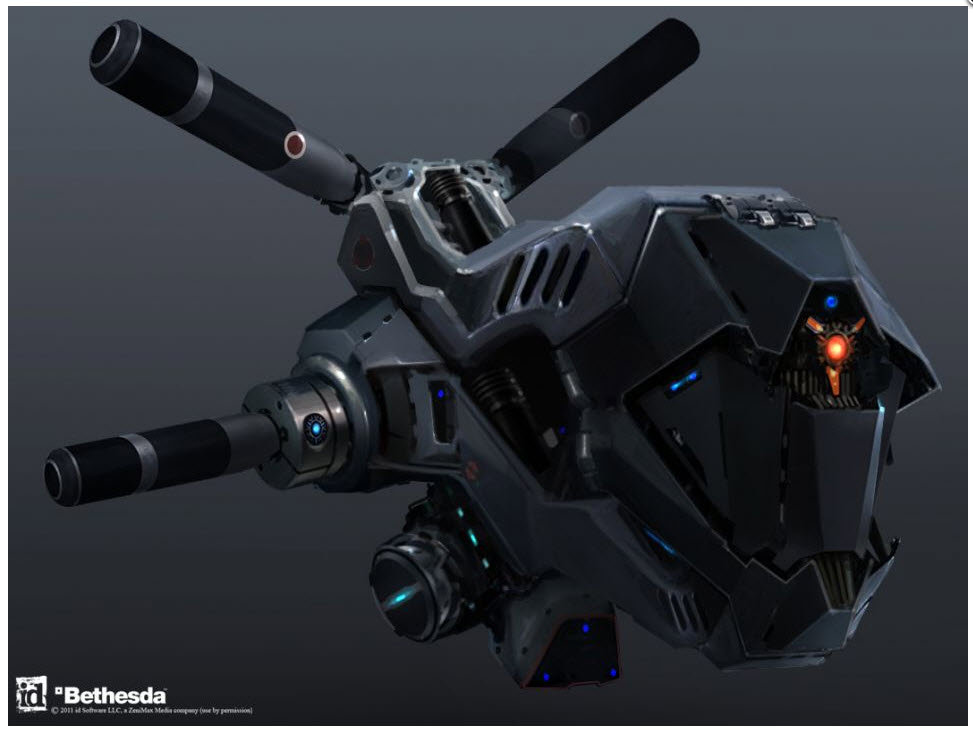