This is a drawing of one of the 86 billion or so neuron cells that make up your brain. If your interested in understanding how these machines work follow along.

Lipids are class of organic compounds that are fatty acids or their derivatives and are insoluble in water but soluble in organic solvents. They include many natural oils, waxes, and steroids. The cell membrane is made of phospholipids with the chemical signature shown below. Each of these consists of phosphate containing head, and twin long hydrocarbon chains.

If you were to collect a few million of these of these lipids and drop them in water they amazingly, spontaneously form a planar lipid bilayer membrane.

The lipid membrane is:

So the extracellular solution is made of Sodiumchloride or salt - simple kitchen salt.

The membrane is very thin, about five nanometers, and this allows ions on one side of the membrane to react to the charge of ions on the other. This causes the membrane to act like a capacitor, it's a dielectric, with strong fields across the lipid membrane. This called the membrane potential.

By measurement, the differential voltage between the inside and outside of the cell is about -100 mV. The outside, by convention, is always at 0 volts. The capacitance of the membrane is about one microfarad per square centimeter. Using these facts, we can determine how much positive change must move from the inside to the outside to give the inside that -100 mV change.

The inside of the membrane contains a large number of positively charged potassium ions. How many of these would be required to move to make that 100 mVolt of charge.

Each ion carries a single charge and that charge is given by the elementary charge of an electron or 1.6 X 10 -19 coulomb:

Therefor 1 X 10-12 Coulomb divided by 1.6 X 10 -19 ~ six million ions that need to move from the inside to the outside to produce 100 mV differential. That seems like a large number but there are about 1 X 10 11 potassium ions inside a typical cell so only a small number of ions available need to be moved to make this large change.

So how do these ions move across the membrane? The answer is Ion Channels

There are several types of Ion channels. The ones we are dealing with here are the 'Always open' and 'Voltage-gated'

The phospholipid bilayer isn't itself permeable to ions. So, how do ions move across the cell membrane? How does the membrane potential change? This is done by ion channels that traverse the membrane. They have pores in the middle that allows Potassium Sodium and Chloride ions to move through

This video depicts the operation of ion channels as they move Potassium ions and their positive charge from one side of the membrane to the other.

The video shows the operation of only Potassium channels but other channels exist as well:

How ions are pumped against the gradient - The Sodium-Potassium Pump

and of a particular pump mechanism in each cell

The operation of the complete set of channels is complex and but well understood. Thankfully we do not have to have a complete understanding of these molecules to move forward.

We know that the membrane acts as a capacitor and that ion channels act as conductors for specific ions. We can now work to see how the cell properties of electrochemical diffusion determine the membrane potential. Consider a single piece of the membrane with a potassium-selective ion channel as shown below. There are two main forces at work, the concentration gradient and the electrical gradient

There is a force applied to any charged ion that depends upon the spatial gradient of the electric field. This is one of the major contributers of ionic movement and is show by the equation below.

If we have a negative potential on the inside then potassium ions will be attracted to the inside down the electric-field gradient.

The concentration gradient and the electrical gradient oppose each other and precisely balance each other out at one specific potential - about -90 mV. This 'reversal potential this the point at which there's no net flux of ions.

The Nernst equilibrium equation for potassium ions is used to calculate this value.

RT over zF multiplies the logarithm of the ratio of the outside ionic concentration to the inside. This produces ~-90 mV reversal potential for Potassium.

Although potassium is a very important ion it is not the only one. Plugging in values for different concentrations provide the equilibrium potential for some of the others..

Since each cell has a mixture of potassium, sodium and chloride that effect the membrane potential the result is a equilibrium potential of about -60 mV. This is called the resting potential - VRest.

An atom or molecule with a net electric charge due to the loss or gain of one or more electrons.
"Potassium ions"

The movement of ions from one neuron to another is the subject of Synaptic Transmission and is fully covered in all textbooks on neurology. It is fascinating but will not be repeated here except to clarify the terms EPSP and IPSP.

If the open channels are permeable to Na, the net effect will be to depolarize the post synaptic cell from the resting membrane potential. Because it tends to bring the membrane potential toward the firing threshold for action potentials, it is said to be excitatory.

If the transmitter gated channels are permeable to Cl, the net effect will be to hyper polarize the post synaptic cell from the resting membrane potential because the chloride equilibrium potential is negative. Because it tends to bring the membrane potential away from the threshold for generating action potentials, this effect is said to be inhibitory. 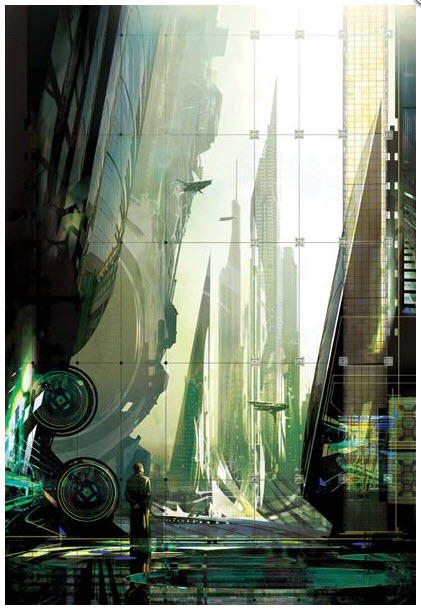 Questions - Comments eMail Me I will respond..